Alice Wambui Kanina, 36, a clinical officer at the University of Nairobi and mother of one, died on a Saturday. It was January 25, 2020, at Metropolitan Hospital in Eastlands, Nairobi, Kenya when she shut this world, out.

The root cause was lymphoma in her chest cavity, investigations at the Nairobi Hospital had revealed slightly less than one year before her death.

Alice had spent 11 full months seeking and receiving treatment from the Nairobi Hospital, and a brief admission at Coptic hospital including uncountable clinic visits with different doctors and specialists.

In death, the dad wrote an emotional tribute, honouring all the health practitioners who used their wisdom to preserve her life and also spoke of the eternal victory attained in death.

“You were able to defy the gallant soldiers of Metropolitan hospital and get Alice, just defy the cross of Calvary where she is now, and you will NOT! Shameless you!” It reads.

WHERE IT ALL BEGAN

In February 2019, Alice had woken up with a swollen or puffy neck and face. As a health practitioner, she knew something was wrong. She tried opening her eyes wide, but could only see narrowly.

She quickly left her house and dashed to the university staff clinic. She couldn’t dash – her breathing was laboured. The university ambulance had to make an early morning drive and carry her despite the short distance.

Initial or emergency treatment included reducing the puffiness and measuring the vitals.

It was the start of a nightmare!

A chest x-ray showed that something was amiss. However, bravely, the doc (Alice) went back home and waited for further investigations the next day.

A lot happened that Monday, and in the end, she was admitted to the Nairobi Hospital. This broke her. It is hard for medics to assume the role of patients. Worse still, admission to the High Dependency Unit (HDU). Alice, throughout life, had never been seriously sick.

Only less than 48 hours before she had attended a friend’s party on her own, walked some kilometres, and laughed through the day. How quickly life can turn.

‘What’s up?’ she wondered aloud, at the HDU.

Treatment and procedures were carried out to ease the pressure around her lungs, and she could breathe better. She was then transferred to a normal ward.

But the stay was long. The first admission was a 17 days and nights stay. A better part involving a myriad of tests. Needles searching for the veins, x-rays, and cocktail of drugs.

The long wait for the diagnosis. Anxiety. Sleepless nights. Counting the number of folds on hospital curtains. Relatives and friends’ visit. Hospital food.

Partial diagnosis day came. It was either a thymoma or lymphoma. But further investigations were recommended.

The end seemed far out of sight. But the torturous journey in search of good health had not even begun.

Then, the day of diagnosis came. Alice had lymphoma at the widest diameter bigger than the ruler in a geometrical set.

We (family and friends) cried. Alice cried even more. Nights turned darker. We’d listen keenly during the doctor’s bedside briefings grasping at every strand of hope.

The fourth admission was at the Coptic Hospital. (Alice enjoyed being there for a night. She spoke of sharing a ward with a nice patient whom they enjoyed nyama choma).

After the chemotherapy, a PET scan gets inside the body to check if the cancerous cells are eliminated. We booked an appointment at the Agah Khan University Hospital, and the procedure was fully paid for by NHIF.

I vividly remember the day I picked the results and peeked inside. I restrained myself from calling her via mobile. Minutes later arrived at Alice’s house and placed the results in her right hand.

She asked, “Have you checked?” But I urged her to open.

With a shake in her hand, she opened the envelope and read the results, like a patient, not a doctor. She was elated. No cancer!

LIFE AFTER THE PET SCAN

However, she still had 20 sessions of radiotherapy to undergo. The good results added a gait to her walk as we went to the Nairobi hospital for radiotherapy.

Despite the setbacks, all who knew Alice can attest that no matter how dark the valley, she always smiled and even shared jokes.

Radiotherapy sessions came to an end. She took a well-deserved holiday to the Kenyan Coast with her friends. This was the trophy at the end of a long fight with cancer.

However, as soon as the rainbow appeared, it disappeared.

Etched in my mind is one call I made to Alice in October 2019. It was to remind her of the nephew’s baptism. She had confirmed attendance.

She said, “Nahema kidogo (I am panting), I cannot come.” Oh dear, I was devastated. I felt my stomach turn. I thought the days of difficulty in breathing were behind us – I wondered to myself.

Her brief reply set my mind back to February when she had great difficulty in breathing.

I plodded further to know how difficult the breathing was straining her. (I had almost become a medical expert from the multiple hospital visits, not to mention google research).

She said, “It is not like before, but would I be excused and miss the baptism?”

Alice loved children, and her missing the nephew’s baptism was a BIG sign.

From that day, I better warn the reader, things went south.

A look at her neck area, one would see her strained and rapid breathing movements. This was coupled with an elevated heart rate. It took her three or more minutes to conquer a flight of stairs. Lifts were God sent.

Doctors investigated to find out the cause of the new status. A cardiologist was also roped in more consistently.

The doctors thought cancer had returned, but it was not so.

Was it the rigorous treatment that harmed her vital organs?

(I choose not to go into the details of October – December 2019 because it was a most frustrating episode).

THE END DRAWS NIGH

Refilling oxygen cylinders drained the little finances. Oxygen demand increased every passing day from a few hours a night, to half the night, the whole night, and finally, day and night.

Among the final WhatsApp messages, she sent me, “I have used a full oxygen cylinder in a day.”

And to reassure her, I asked, “What are the SPO2 readings?” After her reply, I said, “That’s not bad.”

However, in retrospect, and from conversations with her friends, Alice was one of the best medics and knew how BAD but did not want to scare her little sister.

So, she braved on.

One of her best and final days in her house is when three senior doctors from her workplace visited. She sat with them in the bedroom while on oxygen. They chatted like old friends despite the age difference. It was an unforgettable few hours.

Hours after they left, morning came, and the dawn was a scary one. I received a call from our little sister and would easily pick out the trembling in her voice.

Alice had to be rushed to the staff clinic, again, just like this story began. History was repeating itself.

Hours later, an ambulance rushed her to the Metropolitan hospital. The staff and administration at the health facility were the most kind and patient.

And again, just as this story began, it was HDU admission.

THE ICU WAS A SWEET AND BITTER PILL

The situation worsened and Alice was moved to ICU. She had some rough moments and had us hold our breath 88% of the time.

One near-death experience was on her last Tuesday. The nurses had to resuscitate her six times. Six! She, finally, woke up bright and bubbly and asked for ice cream. One of her friends asked for a scoop, and she playfully replied, ‘No, this is mine’.

A university classmate turned friend, and nurse with many years of experience said she never saw someone slip into a coma so many times and come out with her brain, cognitive abilities, and speech intact.

She was the same bubbly self on Wednesday, even reading a book and using her mobile phone. I think God gives one last boost of strength to say bye, and spend special last few days with loved ones.

She said her goodbyes through scribbled messages, singing her favourite song, reading, smiling, laughing, some tears, and even scolding others for not visiting sooner. In her final days, she’d wave her hand and say, “I’m tired.”

Alice had a friend doctor whom they had interned together fresh from college, and they had animated conversations and shared jokes at the ICU. One among the many things they agreed on, ‘Alice must not give in and die at night. No. She must hold on and die surrounded by loved ones during the day.’ And she did.

To her patients, she was doc,

To her colleagues, she was C.O. (clinical officer),

To her university comrades, she was the smiling machine,

To her secondary school mates, she was Kanina,

To her primary school mates, childhood buddies, she was tungu,

To her friends, she was Alice,

To her family, she was Wambui, and

To her daughter, she was mum.

­I honour my sister posthumously, to mark one year since she died. This is to encourage someone going through a rough patch to KEEP SMILING IN THE STORM. I have captured only a few details of her one-year journey of seeking health.

To millions who are enjoying good health, remember to whisper a prayer for those who are unwell. As you dash to the office, others are boarding a matatu to visit their loved one or skipping a meal to pay for another hospital ward stay or hospital appointment.

Alice had true friends who showed up in her days of great need. Specially Kinapa. Her colleagues were ever-present. Love and support from the extended family was overwhelming.

Alice left different shades of joy in our hearts, and the biggest being her lovely ball of energy and daughter, Paula.

Alice would hate if we mourned her a second longer than we should. She’d want all who loved and cared for her to enjoy the days of our lives. 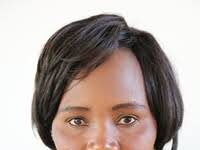 The Forgotten Epileptic Patients: the Cry of Kiambu MCA 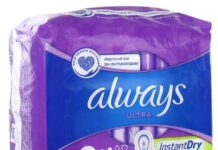 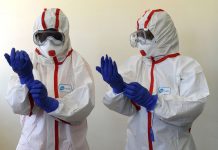 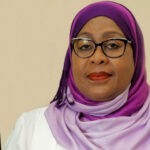 Samia Suluhu says swearing-in as President was ‘most difficult’

Women in Leadership - March 19, 2021
Unscripted life lies ahead for the first woman President in the East Africa Region Samia Suluhu Hassan. She has to walk where... 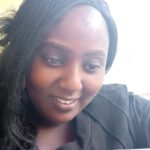 PEOPLE IN THE SLUMS ARE DYING, BUT THEIR HEARTS ARE STILL BEAUTIFUL

Women in Leadership - February 9, 2021
You knock on a door, and a child opens it. The mother is too weak, sitting on a chair at the corner. Disease has ravaged her... 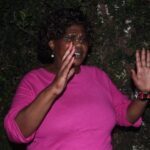 Women in Leadership - February 1, 2021
Written by Anne Macharia “They say, when life hands you lemons, make some sweet lemonade. And, I did,” says Jayne Kihara, Naivasha MP.Paul Kihara, her... 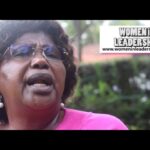 The Last Days with My Husband, MP Reveals

Women in Leadership - January 26, 2021
Before you knew Jayne Kihara as a Member of Parliament, she was just purely, Jayne.And in 2002, she was in deep pain and thought,...

Samia Suluhu says swearing-in as President was ‘most difficult’

Women in Leadership - March 19, 2021
Unscripted life lies ahead for the first woman President in the East Africa Region Samia Suluhu Hassan. She has to walk where...

PEOPLE IN THE SLUMS ARE DYING, BUT THEIR HEARTS ARE STILL BEAUTIFUL

Women in Leadership - February 9, 2021
You knock on a door, and a child opens it. The mother is too weak, sitting on a chair at the corner. Disease has ravaged her...

Women in Leadership - February 1, 2021
Written by Anne Macharia “They say, when life hands you lemons, make some sweet lemonade. And, I did,” says Jayne Kihara, Naivasha MP.Paul Kihara, her...