“They say, when life hands you lemons, make some sweet lemonade. And, I did,” says Jayne Kihara, Naivasha MP.

Paul Kihara, her best friend, father to her children, and the then elected MP for Naivasha/Gilgil Constituency had just passed on.

But while in mourning, people from Naivasha were sending frequent communication to Jayne to vie for the seat left vacant by the husband.

“The people of Naivasha had interacted with me constantly when I campaigned for Paul who was in the hospital. They believed I understood his vision for the constituency and would actualise it,” remembers MP Jayne.

What the people did not know is that Jayne was not desiring to become a politician, and only engaged in campaigns out of obedience to her husband.

“Paul had won, and that was the best gift the people gave Paul in his final days. But asking of me to take his place was rather unexpected!” she adds.

Jayne took time to think over the requests from the people and, finally, decided to go for the seat. She did not want trouble with her employer, and therefore took unpaid leave days, and engaged in the by-election campaigns.

“Whenever people ask me about my political career, I tell them – it was all in God’s plan. Never in my life did I plan to be a politician. God placed me there,” says MP Jayne.

She also credits the husband for giving her the foundation of leading the constituency through the notes she took down by his hospital bed. He also handed her a great team to serve the people.

“My husband would tell me, ‘I wish I can develop this school and that road…’ and it is his tutoring that helped me excel as a leader,” she says.

During the 2003-2007 term in office, Jayne worked hard to serve the people and give back to the people who had so much love for Paul.

She enjoyed the community service and transforming the lives of men, women, and children through the development of schools, water and power connections, and the improvement of roads.

“I had a solid grip of the constituency and the people,” says MP Jayne during an interview with the Women in Leadership Platform team.

As she was busy immersed in the constituency, the 2007 election year came. She was politically sharper and engaged in rigorous campaigns for re-election.

However, she was blind to political manipulations that opponents employ to rig one out of a credible win and manage the legal process thereafter.

She summarises the 2007 elections in a single line:

“If there is someone who knows that elections can be stolen, it is I.”

A lengthy court process hindered justice for the people of Naivasha, and their democratic voice remains unheard.

“13 years later, the 2007 Naivasha votes have never been counted and the court case remains in limbo!” says MP Jayne.

First forward to the 2013 elections, and Jayne decided to vie for the seat of Nakuru Senator and make history as the first Senator in the County.

Many tried to urge her to instead vie for the parliament seat, but her mind was set and she decided to go for the devolved seat.

However, The National Alliance (TNA) party euphoria carried the day and she lost.

“TNA was KANU and preferred a KANU member. My orientation was the Democratic Party,” she says.

This rejection by Uhuru Kenyatta’s party, TNA, was made worse by the International Criminal Court (ICC) witness tag that was maliciously attached to Jayne’s name. Uhuru was an accused person at the ICC.

IN THE NEXT AND FINAL ARTICLE: DETAILS OF THE BLOODY NAIVASHA 2007 Post Election Violence (PEV) AND ICC CASES YOU’VE NEVER READ ABOUT

Our team continues to share the untold stories of women leaders in the corporate world, politics, and community service. For story tips, Call/SMS/WhatsApp +254 724 357 437 OR Email [email protected] 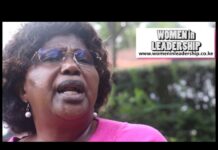 The Last Days with My Husband, MP Reveals 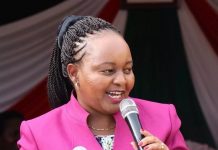 Anne Waiguru Reveals How to Maximize Your Return in Politics 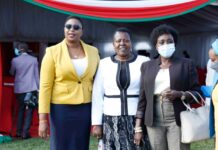 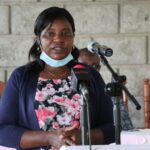 10 Men Compete with One Woman in Kiagu Ward By-Elections after Seat Left Vacant...

Women in Leadership - September 10, 2021
ONLY one woman has been nominated to participate in the Kiagu by-elections in Meru County on 14th October 2021.Scolastica Mwendwa... 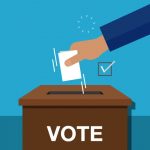 Women in Leadership - August 23, 2021
The number of women who have expressed a desire to lead counties in Kenya is growing as the 2022 general elections in...

I am waiting to run back to Uhuru, MP Wamuchomba 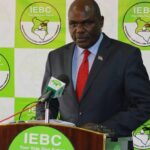 Every 2022 political aspirant in Kenya must read this on financing

Women in Leadership - July 7, 2021
The IEBC has made it clear the date of the 2022 general election, arraying fears of an extended term of the current...

10 Men Compete with One Woman in Kiagu Ward By-Elections after Seat Left Vacant...

Women in Leadership - September 10, 2021
ONLY one woman has been nominated to participate in the Kiagu by-elections in Meru County on 14th October 2021.Scolastica Mwendwa...

Women in Leadership - August 23, 2021
The number of women who have expressed a desire to lead counties in Kenya is growing as the 2022 general elections in...

I am waiting to run back to Uhuru, MP Wamuchomba